Skip to content
Dan is in Thailand! Follow him on Instagram.
Contents show
DO YOU NEED A VISA?
MY CHINESE MAP ITINERARY
HOW I GOT TO CHINA
WHERE DID I STAY IN CHINA
MY 7-DAY CHINA ITINERARY with EXPENSES
DAY 1: DOWNTOWN SHANGHAI
DAY 2: EN ROUTE TO ZHANGJIAJIE
DAY 3: WULINGYAN NATIONAL FOREST PARK
DAY 4: TIANMEN MOUNTAIN
DAY 5: DAY TOUR TO THE GREAT WALL
DAY 6: DOWNTOWN BEIJING
DAY 7: BACK TO SHANGHAI, THEN RETURN TO PHL
RECOMMENDED TOUR PACKAGES
BOOKING ESSENTIALS 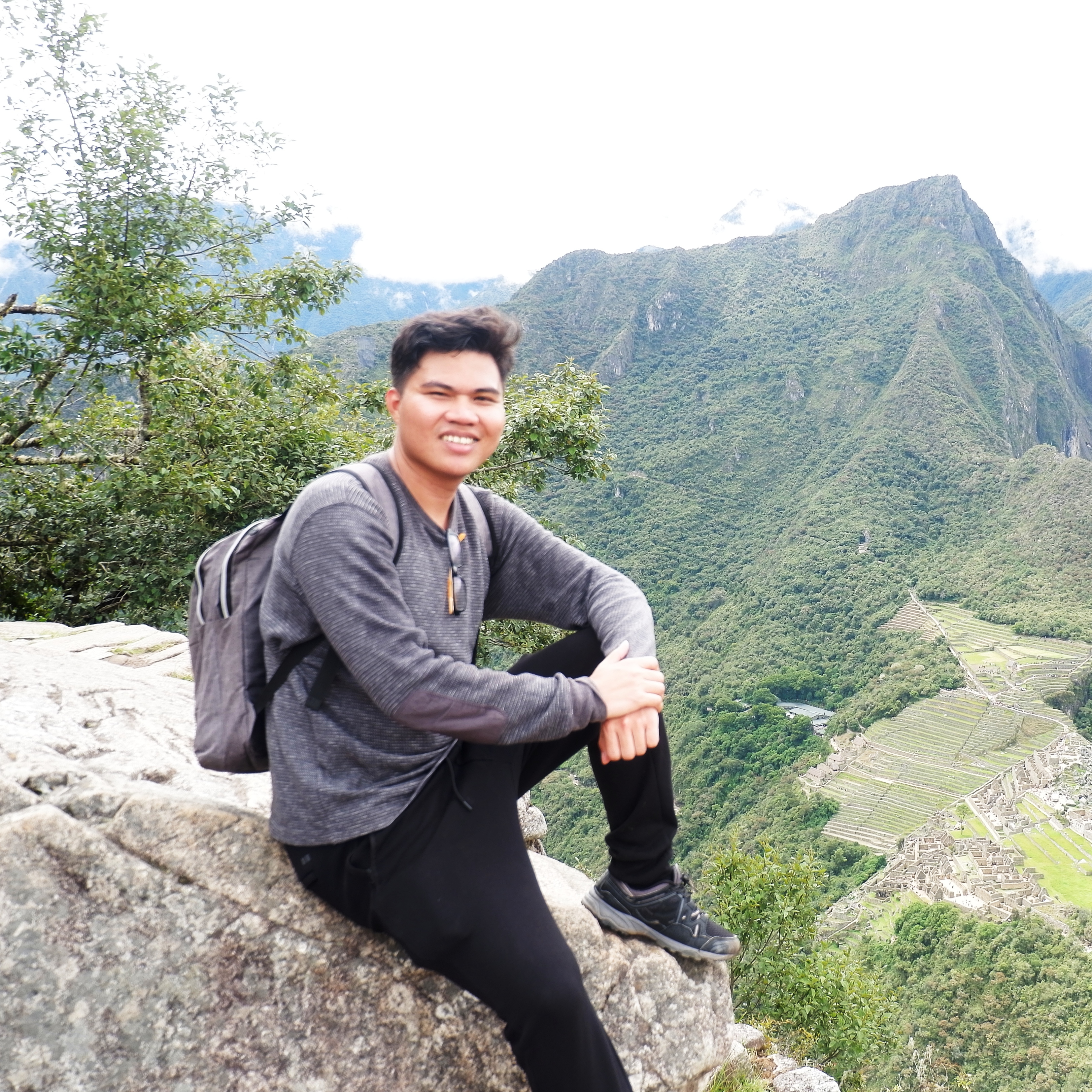 This post may contain affiliate links which means if you purchase something through that link, I will make a small commission at no additional cost to you. Think of it as buying a cup of coffee for me on someone else. Thanks & enjoy!

Although China is a massive country, I have always kind-of known where to go if ever I visit Mainland China someday. And that someday happened last November!

Because most economy flights from Manila fly to Shanghai and Beijing, it’s pretty easy to jumpstart a traveler’s China itinerary in either of these two Chinese cities. My travel itinerary, you ask? It’s Shanghai – Zhangjiajie – Beijing – and back to Shanghai!

And I made it all happened in only 7 days!

With my detailed day-to-day expenses included also in this blog, I’m sure budget travelers will find very helpful to estimate their overall travel cost when traveling to Mainland China.

Hi there! First of all, I am Daniel – a solo backpacker from the Philippines. If you don’t know my story yet, feel free to read this article where I talked about how I quit my job in order to travel. This article was also featured on TripZilla Philippines.

DO YOU NEED A VISA?

First things first–do you need a visa to travel to China?

If you’re also a Philippine Passport holder, you need to secure a Chinese tourist visa first.

Read my blog on how to get your Chinese tourist visa for Filipinos.

If you’re from another country, you might want to check first the visa policy of China to verify whether you need a visa or not.

2ND STOP: Zhangjiajie –  It contains the Zhangjiajie National Forest Park, part of the Wulingyuan Scenic Area which was a UNESCO World Heritage Site in 1992. One of the park’s quartz-sandstone pillars, the 1,080-metre (3,540 ft) Southern Sky Column, was officially renamed “Avatar Hallelujah Mountain” in honor of the movie Avatar in January 2010.

3RD STOP: Beijing – It is the world’s most populous capital city, with over 21 million residents. Beijing is an important world capital and global power city, and one of the world’s leading centers for culture, diplomacy, and politics, business and economy, education, language, and science and technology.

HOW I GOT TO CHINA

Finding a cheap flight ticket to Japan from the Asia-Pacific region is easy breezy. In my case, I got “piso fare” promo round trip flight tickets from Cebu Pacific!

Here were my flight + train itineraries with costs:

If you’re also coming from the Philippines (or wherever in the world actually), I suggest you check Kayak as they usually offer cheap fare rates compared to other booking sites. Per my experience, they’re the best! Refer to Kayak’s widget below.

WHERE DID I STAY IN CHINA

If hotel isn’t to your liking, try AirBnb. Airbnbs are immersed in neighborhoods, condos, and townhomes. There is a feeling you get when you stay in an Airbnb that makes you feel like you belong in that city or town. Since it is someone’s home, there is a certain amount of pride you feel while staying there. I have used Airbnb on some of my other trips and I loved it!

If you’re new to AirBnB, then you can get up to 43 USD free travel credit by signing up via this link

MY 7-DAY CHINA ITINERARY with EXPENSES

NOTE: I created a more detailed itinerary and guide of my trips to Shanghai, Zhangjiajie, and Beijing. Each has a separate blog as listed on the link below.

1 – Unfortunately Google, Facebook, Instagram and other American-based social media / websites are blocked in mainland China. If you’re like me who likes to access Instagram and Facebook on-the-go, you can use a VPN app. When I was in China, I used “Betternet” which has free trial for the first 7 days. I just canceled it before my 7-day trial ended haha! Go and check it out!

2 – My Chinese friend, Peng, toured me around on my first day in China. We later met again on my last day (Day 7 of my China itinerary,) the day I returned to Shanghai.

3 – I brought some snacks from the Philippines such as bread, oreos and even kiat kiat oranges that’s why you probably would notice I haven’t bought any food on my first day in China. Plus, Peng also treat me out for lunch on this day!

4 – At around 6 PM, I went to the railway station to aboard on the railway train going to Zhangjiajie which took 20+ hours!

1 – This was a 20+ hour journey. But you’d be awed with the amazing and scenic views on your way to Zhangjiajie!

2 – There are also other types of train classes ( e.g., sleeper class: the one where you can lie down and sleep comfortably,) but comes with a price. Personally, I preferred to go with this one they call “hard seat” class since I’m on a budget. You can book your train ticket here.

1 – Ticket Price of CNY 245 is valid for 4 days. This includes bus rides inside the park as well as insurance. Apparently, there are additional fees for other attractions inside Zhajiajie National Forest Park such trolley, cable car and elevator rides.

1 – Ticket Price of CNY 261 includes the cableway ride and bus ride. Valid for one day only.

2 – To get there: just simply find the ticketing office of the Tianmen Mountain in the Zhangjiajie downtown. That’s the one where the cableway line starts. I got there just by walking from my hostel. Once you have your ticket, you can reach the mountain by either bus or cablecar. However, you can only use the bus and the cablecar once: e.g. if you opt to go up by cable car, you’ll have to go down by bus.

3 – Later that day (around 5 PM), I went to Zhangjiajie-Hueha airport to catch my flight to Beijing, China.

1 –  In order to get away from the crowds at the usual Badaling or Mutianyu Great Wall (Great Wall nearest to Beijing), I booked a group day-tour via Viator to take me a less crowded Great Wall in Jinshanling (actually no crowd at all, just us!) So together with other 20+ foreign travelers, we headed northeast to see this amazing Great Wall! Travel time by bus from downtown Beijing to Jinshanling was almost 3 hours! Meet up point is somewhere at Nanluoguxiang or Nanluo St.

2 – The day-tour meet-up point at Nanluo St. is about 15-minute walk from my hostel. There is also a nearby metro (Nanluo station) but I really preferred to walk.

3 – Dongsi station is the nearest subway station to my hostel.

1 – Later that night, I went to Beijing Airport to catch my flight back to Shanghai while the metro is still up and running. Flight is scheduled to depart at around 6:00 AM the next day.

DAY 7: BACK TO SHANGHAI, THEN RETURN TO PHL

1 – Restless and tired, I still manage to roam around on my last day in China. I was with my friend Peng as pictured above. Peng and I went on biking near Century Park and explored the financial district of Shanghai at Lujiazui.

And there you have it!

Including the flight costs, here is the overall total of my expenses in China for one week:

I hope that you find this 7-DAY CHINA ITINERARY with GUIDE + BUDGET blog useful!

If you have more days to spend in China, you might consider these cool package tours:

(you may choose one or more tours that may suit your travel needs.)

Have you tried Airbnb? Sign up with my link and you will get up to 43 USD (2,200 Php) off your first stay. Click this link to get that discount.

I suggest you check Kayak (click HERE) as they usually offer cheap fare rates compared to other booking sites.

Click here to find the best Viator deals in China

3-Day Tbilisi Itinerary And Travel Guide: Best Places To See On A Budget

After working for more than 7 years in a corporate environment, Dan quit his engineering job to pursue becoming a digital nomad. He created his blog ‘Dan Travels’ not only to document his journey but to also inspire people to follow their passion no matter the odds. From his humble beginnings in Sorsogon, Philippines, he has now traveled to 31 countries. Read his story here.